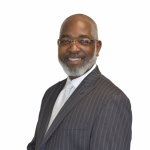 Carl Satterwhite is the President/Owner of RCF Group Cincinnati, Cleveland and Louisville. RCF Group focuses on providing tailored and comprehensive workplace solutions, gaining insight through listening sessions to understand your business culture, needs and challenges.  RCF Group is a National Minority Supplier Development Council Corporate Plus Member, one of less than 100 minority businesses endorsed by the NMSDC as such.

Carl is a member of the Board of Trustees for numerous professional organizations including: Fifth Third Cincinnati Board of Advisors and Presidents Kitchen Cabinet, Key Bank Great Lakes Board of Advisors, UC Lindner School of Business, African American CEO Roundtable, Architectural Foundation of Cincinnati, Black Leadership Forum, International Fellowship of Chaplin’s, Munoz Foundation Board of Directors and the Ohio Minority Supplier Development Council. Carl is currently on the Executive Committee of the United  Way of Greater Cincinnati.  He earned a Stationary Engineering certification from the University of Cincinnati. He and his wife Dawn have two sons Brice and Cameron and three grandchildren Zoey, Braylen and Reid. They reside in Symmes Township, Ohio. 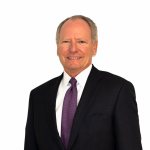 Scott started his career with Globe Business Interiors (GBI) in 1984 and became Chairman/CEO in 1992 and sole owner in 1998. GBI partnered with Carl Satterwhite to form  RCF Group in 2003. Scott is deeply involved in numerous civic and community organizations and has had roles with many more throughout his career.  Currently, he is President of the Cincinnati Regional Business Committee “CRBC” as well as a member of the Board of Directors for the Lindner Center of HOPE, Cincinnati Children’s Hospital Foundation Board, Cincinnati Museum Center Board, Cincinnati Zoo Board of Directors, The Commonwealth Club, Lindner Center of HOPE President’s Advisory Board, Port of Greater Cincinnati Development Authority Board, REDI Cincinnati Executive Board of Directors, Steinhauser Inc. Board of Advisors, United Way of Greater Cincinnati Tocqueville Society, and the World Presidents’ Organization (WPO) Cincinnati Chapter. 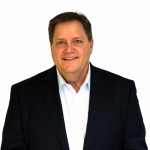 Vice President and COO of RCF Group. He has worked in the furniture and service industry for 30+ years with broad experience in all aspects of business strategy, operations, facility management, installation services, warehousing, asset management and commercial move services. His vast knowledge and experience has helped create RCF Groups’ one of a kind, customer focused solutions. Bryan has/is a member of many organizations including: Leadership Cincinnati, Haworth Global Accounts Dealer Advisory Group, Workplace Alliance Board of Directors and Khameleon Executive Advisory Board, Haworth Dealer’s Council, Hard Hats with Hearts, Once Source, Camp Joy (Board Chair) and numerous other professional organizations. Bryan has been very active in the local community and dedicates time to youth sports programs. Bryan and his wife Nanci have four adult children and five grandchildren.