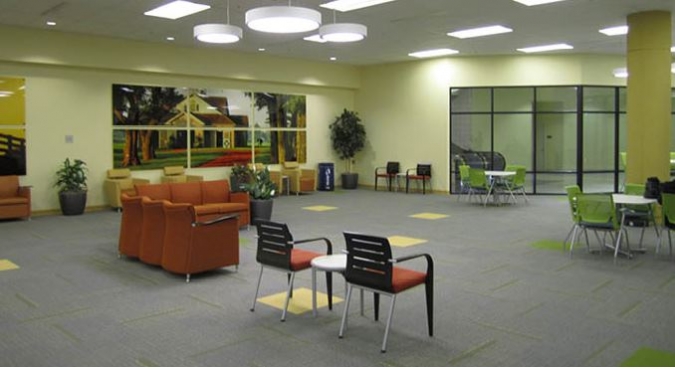 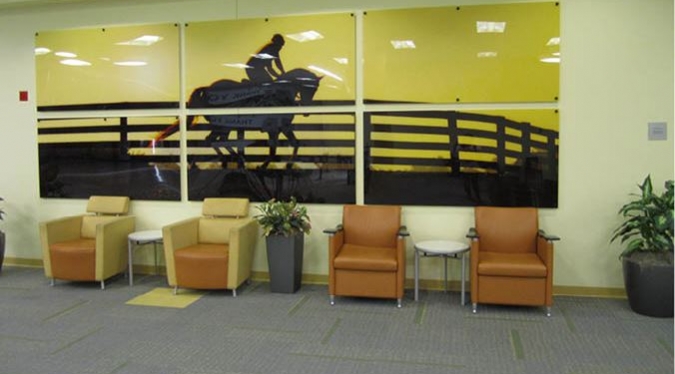 The Cincinnati/Northern Kentucky International Airport (CVG), wanted to dress up their two “meeter and greeter” rooms. RCF Group assisted in the selection of finishes to include furniture, carpet and paint. The existing floor in the CVG meet and greet rooms was an expensive terrazzo floor that had been installed 20 years prior. RCF Group was able to suggest an installation system from Patcraft called LokDots. LokDots enabled RCF Group to install carpet tile over the existing terrazzo flooring without spreading adhesive over the floor and ruining the floor forever. Not only was RCF Group able to save the expensive floor, the LokDots system also allowed RCF Group to install the material in an occupied area without concern of the adhesive odor bothering the guests of the airport.

For more than 200 years, nature and man have combined forces to establish the Cincinnati and Northern Kentucky area as a transportation gateway for the nation. From a single terminal in 1947, the airport would grow into a major international gateway – today serving as many passengers in one year as it handled in its first two decades. Along with this growth, CVG would become a major driver of the local economy, helping to support more than 50,000 tri-state jobs.