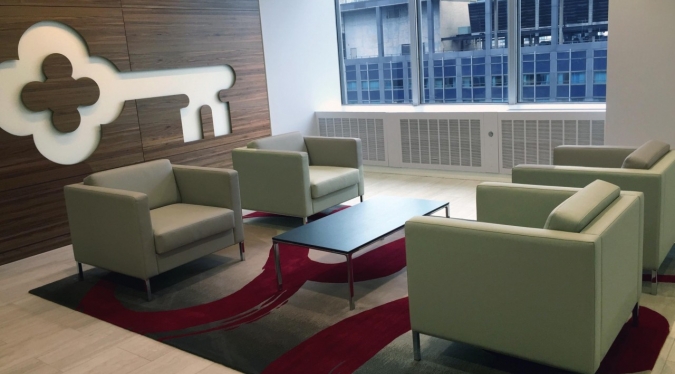 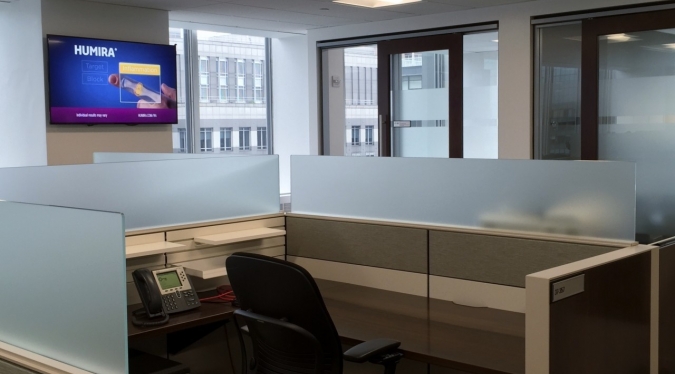 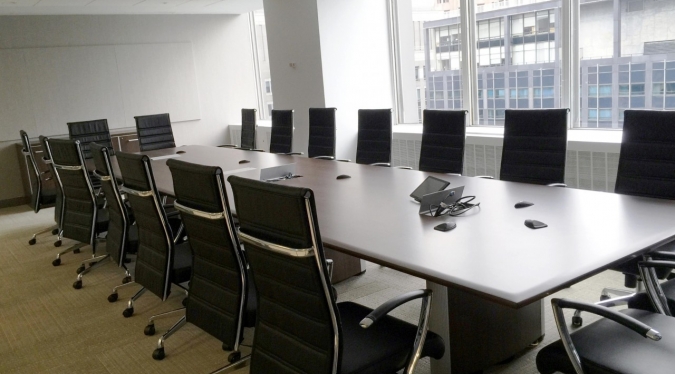 KeyBank is one of the country’s largest bank-based financial service companies with more than 1,200 locations in 15 states. KeyCorp has continually grown over the years and recently completed a merger of KeyBank and First Niagara Financial Group. Their growth and expansion included a move to a new building. This move took them to a 29,717 square foot space, which was reconfigured to include 33 private offices and 74 workstations. RCF Group partners with KeyBank nationwide and has standardized KeyBank on miscellaneous services and products over the years. For this project, RCF Group provided multiple design strategies and met with KeyBank Real Estate Solutions to determine the best workplace solution to minimize footprint, create an open office environment, and provide mobile workspace solutions. The RCF Group project team worked with KeyBank Real Estate Solutions to create a smaller footprint by reducing a significant portion of the of the used square footage to fit more people in the space. Simultaneously, the workstations were lowered and were placed on the exterior while offices were placed the interior of the space to create more light. 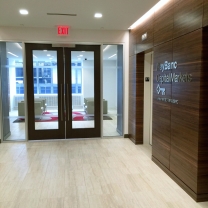