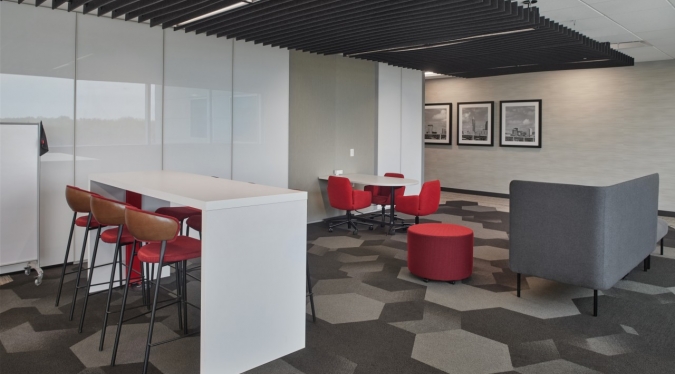 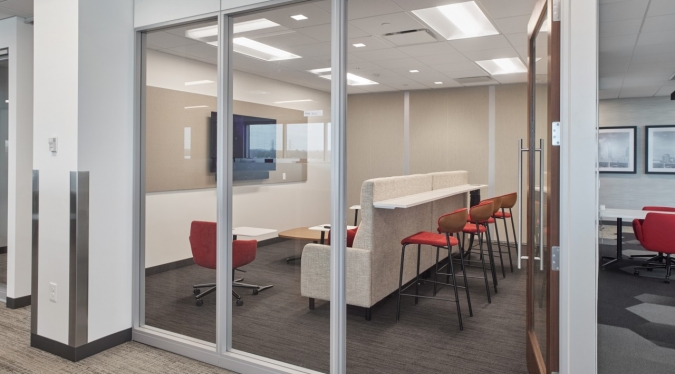 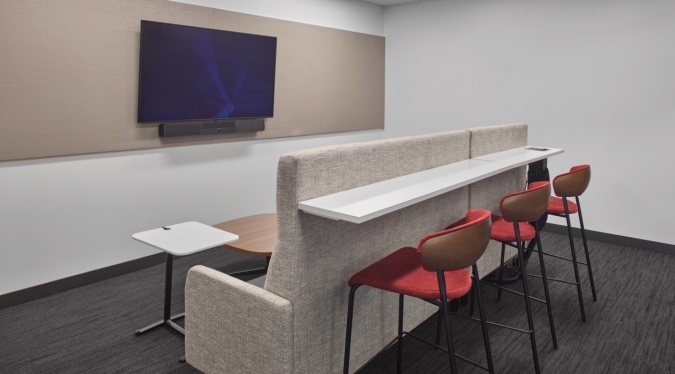 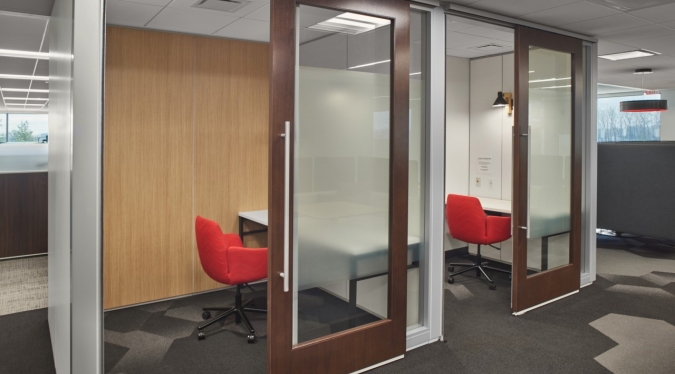 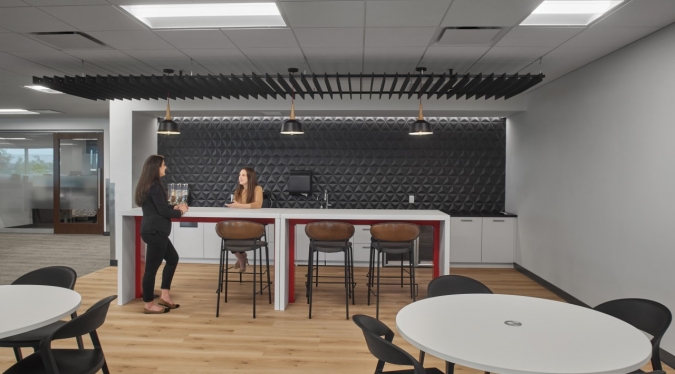 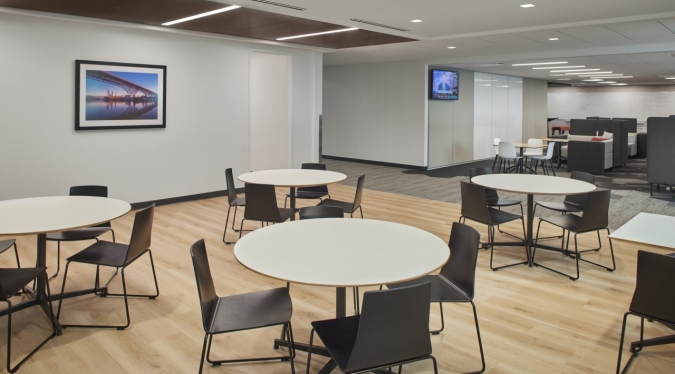 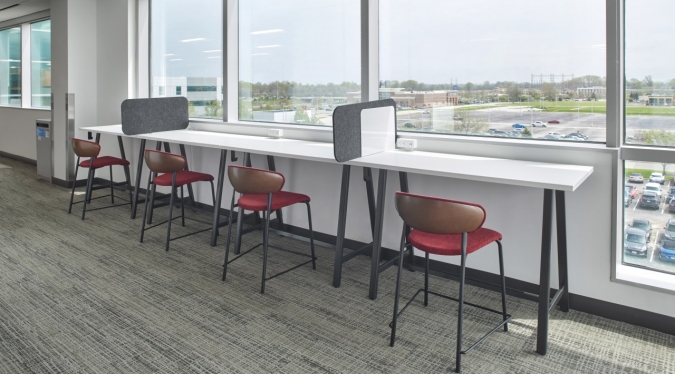 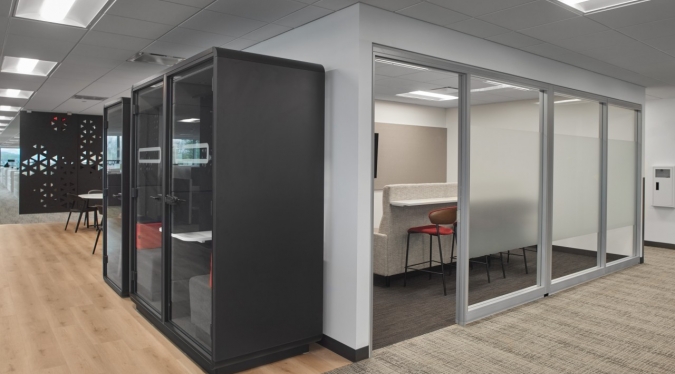 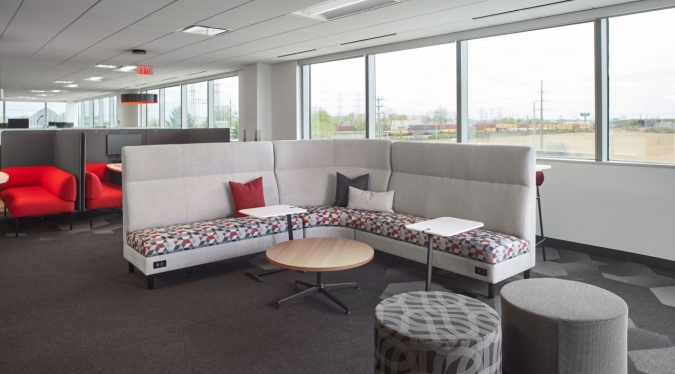 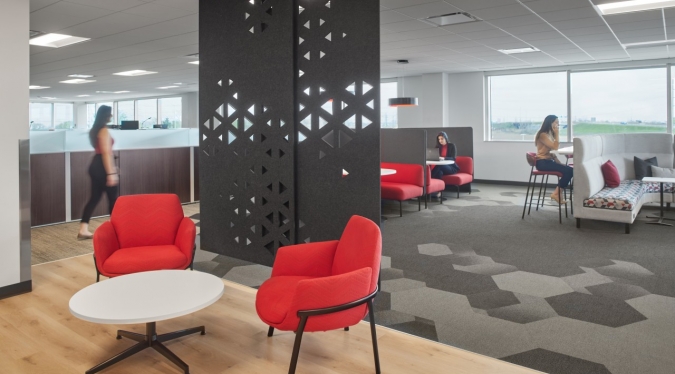 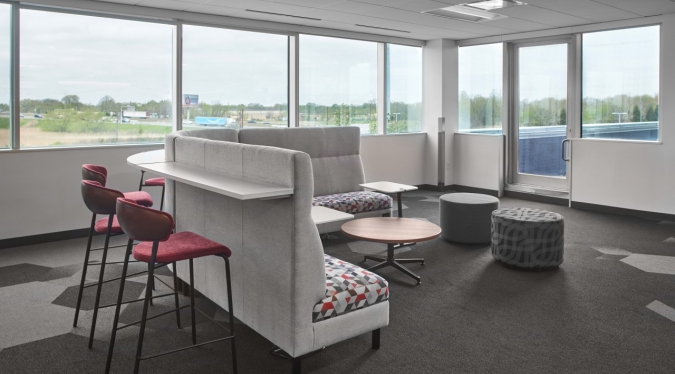 KeyBank is one of the country’s largest bank-based financial service companies with more than 1400 locations across 29 states. RCF Group and KeyBank have partnered to standardize the miscellaneous services and products used nationwide in all of their corporate office spaces since 2008 including workstations and private offices in 2008, Enclose Walls in 2014, and window film in 2015.

For KeyBank’s Tiedeman Road campus in Cleveland, Ohio, local architecture firm Vocon issued an RFP for collaboration furniture to complement the workstations throughout the two floors KeyBank was renovating to create a more welcoming space and entice employees to return to the office post COVID-19. RCF Group’s close relationship with both Vocon and KeyBank proved valuable and our designs best reflected the KeyBank brand and future of their organization.

In order to further understand KeyBank’s needs, RCF Group would meet virtually and in person with the project team to discuss the progress of the space. KeyBank needed to create a space with mobile offices and workstations along with collaborative spaces to provide a variety of workspaces for employees to work in different ways. It was important to KeyBank that their new spaces reflected their brand, the future of their organization, and enticed employees to return to the office to work. RCF Group’s ability to provide a versatile selection of products and service offerings to streamline the renovation process for KeyBank was a key differentiator.