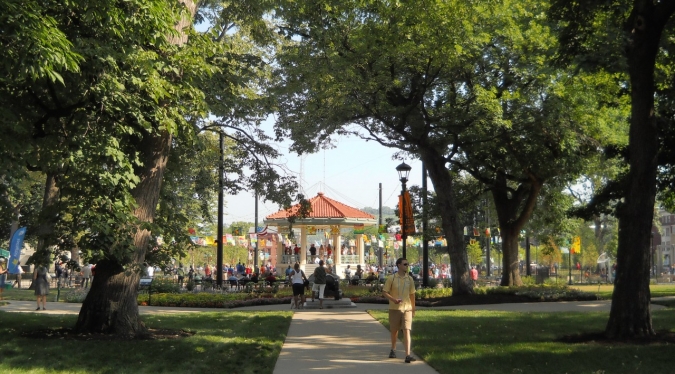 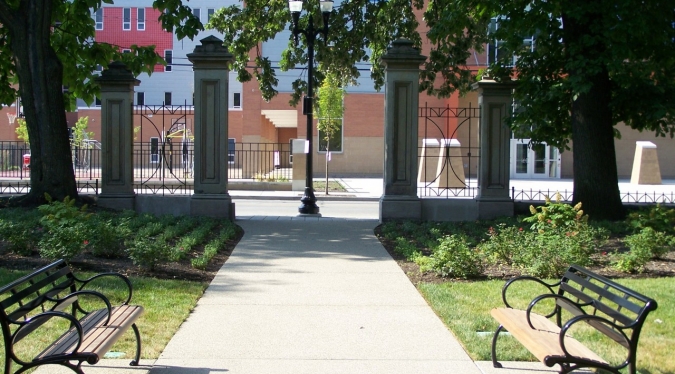 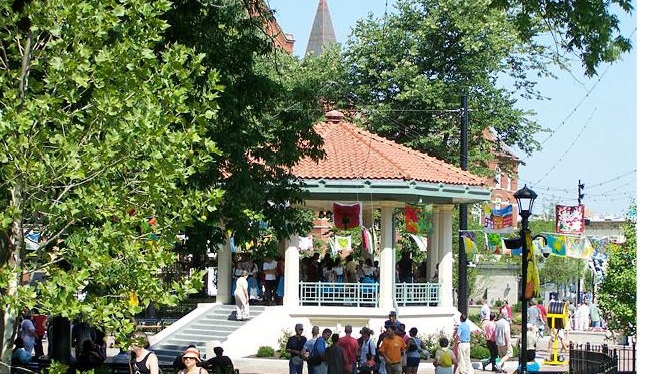 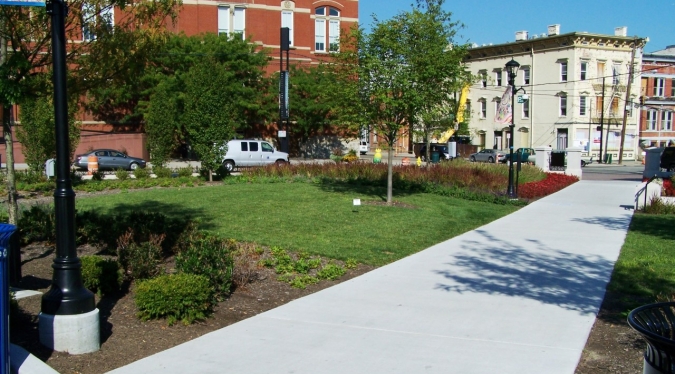 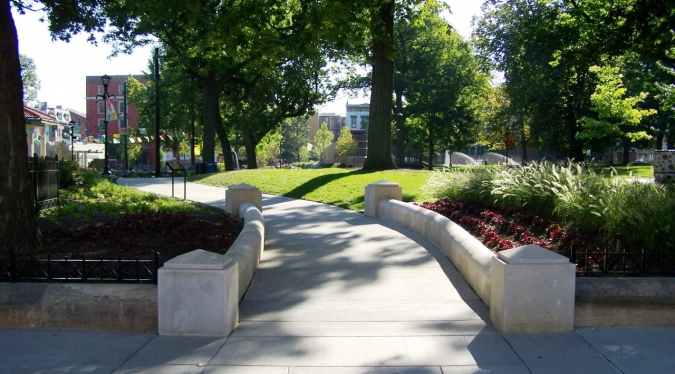 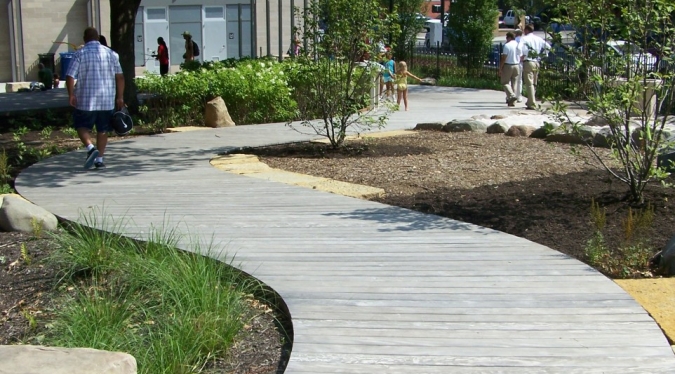 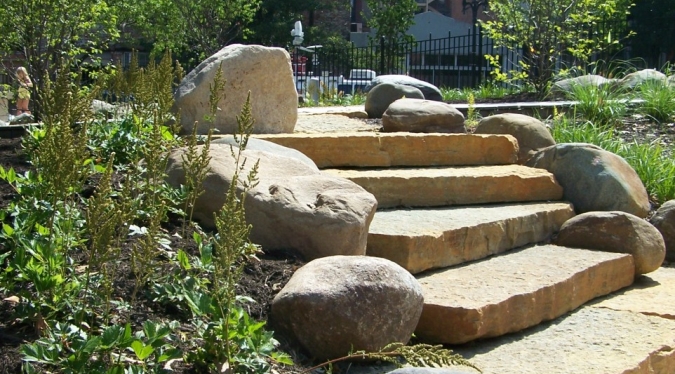 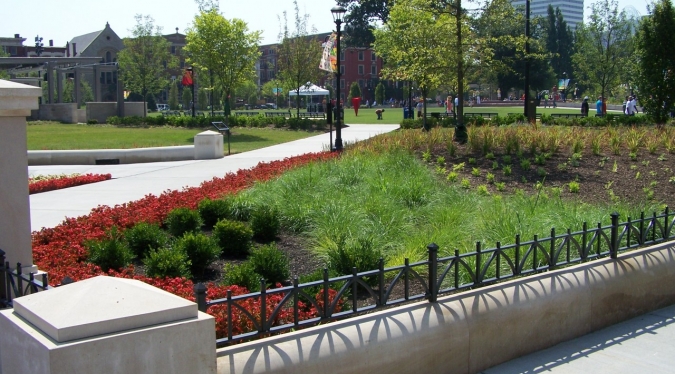 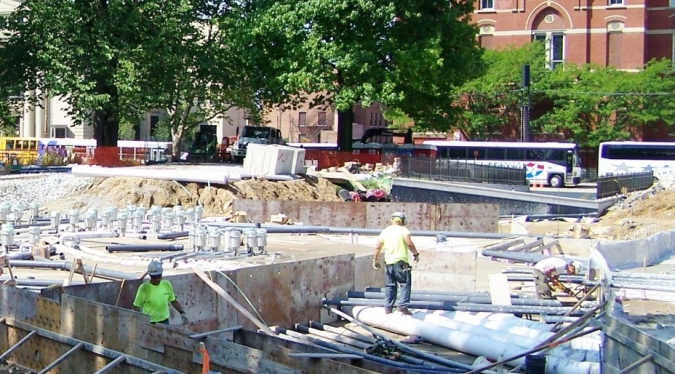 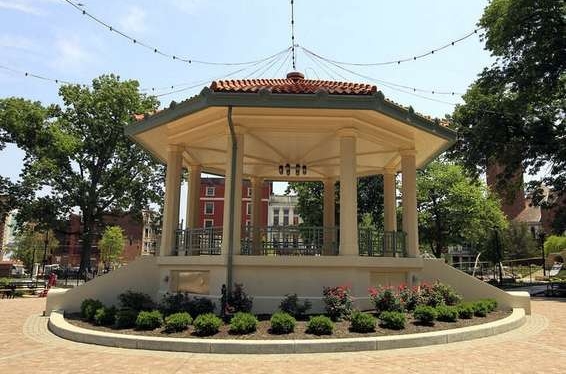 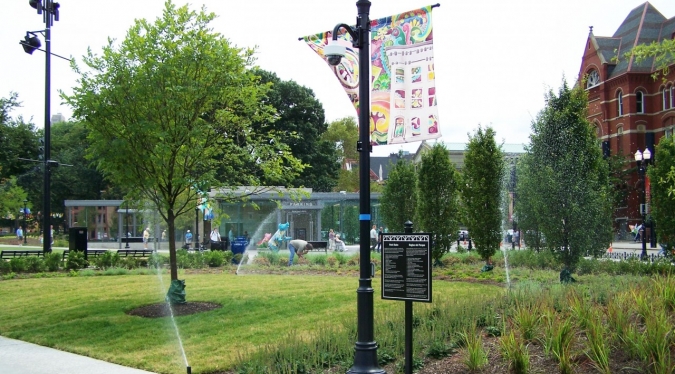 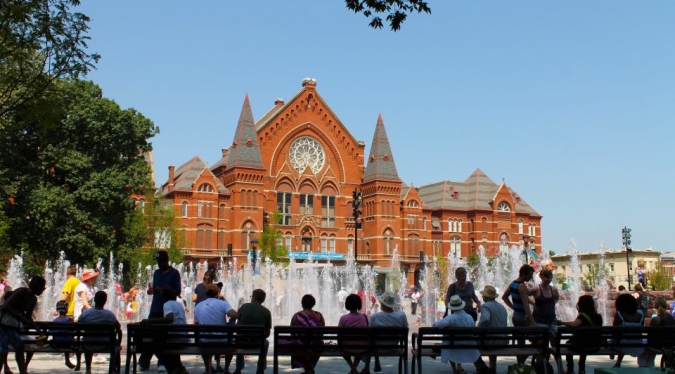 The redesign of the historic Washington Park marks 200 years of change to this now eight-acre urban oasis, which has served Cincinnatians in various ways since the early years of the city. The park remained in need of improvement until 2011, when a public-private partnership led by the City of Cincinnati, the Cincinnati Park Board, and the Cincinnati Center City Development Corporation (3CDC) created a new plan for its renovation and expansion. The plan included the addition of an underground parking garage and complete reconstruction of the park.
The ribbon cutting ceremony marked the end of a nearly 20-month-long construction project that has expanded Washington Park from 6 to 8 acres while adding a full list of amenities including a dog park, interactive water fountains, refreshed pubic rest rooms, a concession building and a 450-car underground parking garage. The $48 million dollar transformation of the park, has shown off vast improvements to create a place that compliments a new school, new residents, and new businesses. The surface of the park presents a lot of beauty and new growth, yet underground there is much more to the story. RCF Group installed an intricate irrigation system that is used daily to provide much needed water to the thousand of perennial flowers, shrubs, tress and grass around the park.

The biggest obstacle for RCF Group was the green space over top the two-level, underground, state-of-the-art parking lot - which is the largest green roof of its kind in Cincinnati, with a size greater than a football field. Tons of gravel, sand and sod were laid to provide a specified and lab tested drainage solution - the drainage was extremely critical so not to provide additional weight to the underground garage roof. Moving forward, the park will be open 7 days a week and will manage a weekly schedule of programming including a concert series with jazz, R&B, and bluegrass; movies; kickball leagues; Mid Point Music Festival and many more.

Washington Park is bounded by West 12th, Race and Elm Streets in the Over-the-Rhine Neighborhood of Cincinnati, Ohio. The park is owned and operated by the Cincinnati Park Board. The eight acre park was a Presbyterian cemetery before it was acquired by the city in 1855. The park has an old-fashioned bandstand, many trees and several American Civil War cannons and busts of Civil War heroes. 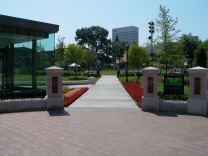